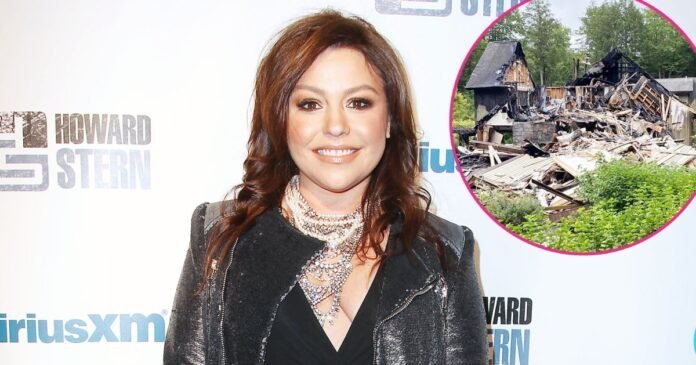 Still in shock. Rachael Ray gave fans a look at the damage done to her New York home after she and her husband escaped a raging fire in August.

During the season 15 premiere of The Rachael Ray Show on Monday, September 14, the 52-year-old celebrity chef shared a vulnerable moment with viewers as she and husband John Cusimano assessed the remains of their property in Lake Luzerne, New York.

“On August 9th, my house burned,” Ray said in a voiceover. “15 years of memories, 40 years of notebooks, drawings, thoughts, my life’s work. It took about one hour for this house to come down — and in my mind, it took decades before it was even built. In the years that I lived here, I learned an awful lot. In the few weeks since it burned, I think I’ve learned even more. Today, we’re going to share what’s left of our home with you.”

The cookbook author recalled details from the night of the fire, which started as she was preparing to whip up a pasta dinner. “A person was going through our backyard on an ATV and was kind enough to come down the hill and say, ‘Your roof’s on fire.’ Literally screaming it in our backyard,” she said. “We went outside [and] sure enough, that was the case. The gentleman in our backyard said that he had called the fire department, of course, and first responders. … I ran upstairs to get medicines, photographs, notebooks — precious things. When I ran to the top of the stairs, I could the fire in the walls. … I could hear [the] danger.”

The night of the fire, a rep for Ray told Us Weekly that she and Cusimano, 53, were both safe, as was their dog, Bella. At the time, the rep said that no one knew “to what extent” the house was damaged. While recounting the incident on Monday, Ray and her husband showed footage of what survived the blaze.

“There’s a nice breeze, no need for air conditioning,” the longtime TV personality teased as she panned over the ashes. “This was my safe place. … I think what we’ve learned since the house burned is just waves of gratitude that we’re alive and all the people that have reached out to us — people that we know and total strangers from all over the world.”

One day after news of the fire made headlines in August, Ray reassured her fans via Twitter that she was safe and thanked them for sending their thoughts and prayers.

“Thank you to our local first responders for being kind and gracious and saving what they could of our home,” she tweeted. “Grateful that my mom, my husband, my dog… we’re all okay. These are the days we all have to be grateful for what we have, not what we’ve lost.”

Listen to Us Weekly’s Hot Hollywood as each week the editors of Us break down the hottest entertainment news stories! 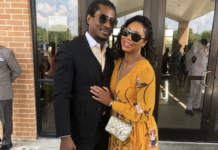