Sarah Michelle Gellar channeled her iconic role of ‘Buffy the Vampire Slayer’ by holding onto a giant stake that drove her millions of fans WILD!

Well this looks familiar! Sarah Michelle Gellar, 42, got Buffy fans all riled up when she posted a photo of her holding a giant stake on Instagram on Tuesday, March 17. “Hmmmm…….. found this on my walk today,” the gorgeous blonde wrote while striking a fierce pose with the massive item. The pic inspired many friends and former Buffy castmates to comment on the amazing snap, one of which being Michelle Trachtenberg, 34, who costarred on the iconic WB series with her from 2000-2003. “Buffy, what are we going going to do now?” she wrote next to a stake-inspired emoji. Another famous pal who chimed in on the photo was Sarah’s Cruel Intentions costar Selma Blair, 47, who almost seemed to tease a Buffy reboot with her response. “And the adventures begin. Can I be your sidekick?”

David Boreanaz, 50, whose character Angel from the hit 90’s to early 2000’s show inspired a spinoff of the same name, wrote just one very pointed yet funny word in the comments section. “Run!”, he joked but made sure to add a heart emoji next to it. Historic Olympian Michelle Kwan, 39, was happy to see that SMG was still “saving the world from vampires” while another follower simply put it best: “You still got it my friend!”

Sarah may have a career in reporting on reality television recaps if that Buffy reboot never happens. She threw a ton of shade towards The Bachelor star Peter Weber, 28, after he and Madison Prewett, 23, announced their split. “I binge The Bachelor. It’s a little boring this season,” she said in an interview. “Sorry, Peter, you seem very nice. I’m sure if there were windmills it’d be much more exciting.” Oh snap!

Someone who she talked highly about recently in comparison to Peter was her longtime husband Freddie Prinze Jr., 44. She spoke to HollywoodLife EXCLUSIVELY last month about how he excels in the kitchen and shared insight about how they make their relationship work. “I don’t think there is any secret but I believe communication and trust are key and also making time for each other without the kids,” she revealed, referencing her children Charlotte, 10, and Rocky, 7. 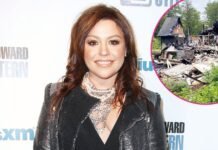 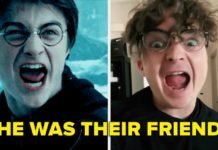 Summer Walker’s Latest Clip Sparks Nose Job Rumors: ‘What Did You Do To Your Face? You Look Like Lil Kim!’

Nilesh Chaurasia - 23rd October, 2020
0
Really struggling to keep my weight down at the moment. Tried jogging but I keep running into restaurants. The post Weight appeared first on FunnyShortJokes.com. Source...